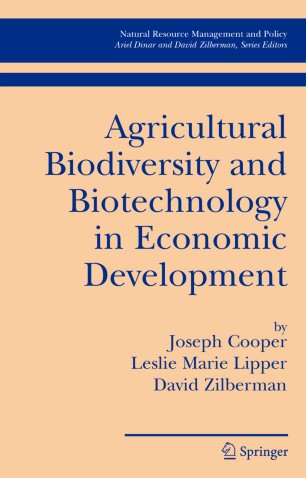 The topics addressed in this book are of vital importance to the survival of humankind. Agricultural biodiversity, encompassing genetic diversity as well as human knowledge, is the base upon which agricultural production has been built, and protecting this resource is critical to ensuring the capacity of current and future generations to adapt to unforeseen challenges. Agricultural biodiversity underpins the productivity of all agricultural systems and is particularly important for poor and food-insecure farmers, who maintain highly diverse production systems in response to the marginal and risky production conditions they operate under. Understanding the importance of agricultural biodiversity in the livelihoods of the food insecure and enhancing its performance through the use of a variety of tools, including biotechnology, is a critically important issue in the world today, where over 800 million people have insufficient food to meet minimum needs. A strong theme that runs throughout the book is the importance of good public policy interventions to promote the provision of public goods associated with agricultural biodiversity conservation and directing biotechnology development to meet the needs of the poor. The book's primary innovation is that it describes the relationship between biotechnology and plant genetic diversity and puts these in the context of agricultural development. Both the conservation of plant genetic diversity and agricultural biotechnology have received extensive examination, but the linkages between the two have not, despite the apparently obvious relationship between the two.