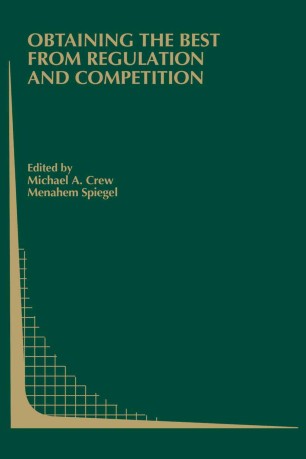 Obtaining the Best from Regulation and Competition

Deregulation has introduced competition into traditionally monopolistic markets, particularly telecommunications and electric utilities. This book brings together ten essays that were presented at the Center for Research in Regulated Industries at Rutgers University and funded by several regulated companies. The authors, who include young scholars as well as established and highly regarded consultants and researchers, address some of the major issues now facing network industries and regulators - deregulation, competition, stranded assets, diversification, pricing, and mergers and acquisitions.