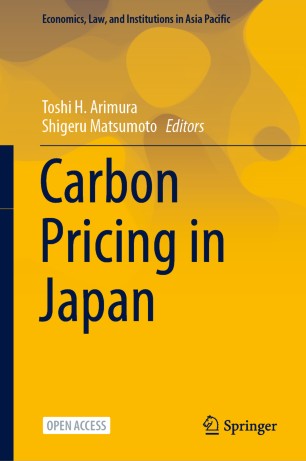 Part of the Economics, Law, and Institutions in Asia Pacific book series (ELIAP)

This open access book evaluates, from an economic perspective, various measures introduced in Japan to prevent climate change. Although various countries have implemented such policies in response to the pressing issue of climate change, the effectiveness of those programs has not been sufficiently compared. In particular, policy evaluations in the Asian region are far behind those in North America and Europe due to data limitations and political reasons.

The first part of the book summarizes measures in different sectors in Japan to prevent climate change, such as emissions trading and carbon tax, and assesses their impact. The second part shows how those policies have changed the behavior of firms and households. In addition, it presents macro-economic simulations that consider the potential of renewable energy. Lastly, based on these comprehensive assessments, it compares the effectiveness of measures to prevent climate change in Japan and Western countries.

Providing valuable insights, this book will appeal to both academic researchers and policymakers seeking cost-effective measures against climate change.

Dr. Shigeru Matsumoto joined the Aoyama Gakuin University faculty in 2008. He received a Heiwa Nakajima Foundation Scholarship to study at North Carolina State University, where he earned his Ph.D. in Economics. He also holds a Master’s in Environmental Science from Tsukuba University. Before joining Aoyama Gakuin University, he spent seven years as a member of the faculty at Kansai University. His research focuses on applied welfare economics, particularly consumer behavior analysis. In recent years, he has investigated households' pro-environmental behaviors, such as recycling and energy-saving practices, as well as consumers' valuation of food attributes like organic farming.