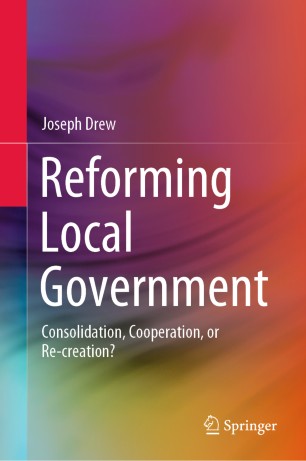 This book is a bold prescription for local government reform that moves well beyond the old arguments regarding consolidations (also referred to as amalgamations) and co-operation (sometimes referred to as shared services) to paint a picture of an efficient, effective tier of government that strikes a balance between the right of persons to pursue their existential ends and the need to promote the common good.

The book presents a system of local government that balances human dignity with the common good, restrains Leviathan, provides a voice for the disenfranchised (and even the disinterested), and delivers goods and services efficiently and effectively. Ironically, what is often argued to be the weakness of local government in many jurisdictions – the fact that it is merely a creature of statute – is also the best hope we have of making the oft cited rhetoric about how ‘local government is the closest to the people that serves the people best’ become reality.