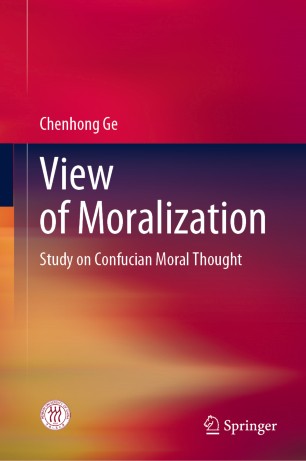 This book summarizes the author’s extensive research on Confucian morality issues and focuses on elaborating the extremely important and unique role of moral thought in Confucian ideology. The book shares the author’s own standpoints on a range of issues – including where moral thoughts originated, what the major principles are, and what methods were adopted in Confucianism – to form a comprehensive and in-depth interpretation, and help readers achieve a better understanding.
Moreover, the book focuses on the similarities and differences between Chinese and western cultures and presents an in-depth analysis of the differences and roots regarding various aspects, including Chinese and western historical development paths, thoughts and cultures, national spirits, national mentalities, and social governance models. The formation of either culture has its own practical reasons and historical roots. The book represents a major contribution, helping readers understand the similarities and differences between Chinese and western cultures and social civilizations, enabling them to integrate and learn from Chinese and western cultures, and promoting a better development for Chinese society and the international community alike.
Combining detailed data and an approachable style, it contributes to the legacy of Confucianism by applying a critical attitude. The author thinks out of the box in terms of theoretical analysis and studies on certain issues. As such, the book will be of great academic value in terms of studying China’s ideological culture, especially its morality culture, and will benefit scholars and research institutions alike.

Chenhong Ge is a Doctoral Advisor and Professor of Ethics, School of Philosophy, Renmin University of China; and Director of the Ministry of Education’s Major Ethics Research Base. His research fields include ethical principles, comparison between Chinese and overseas ethical cultures, and social morality issues.