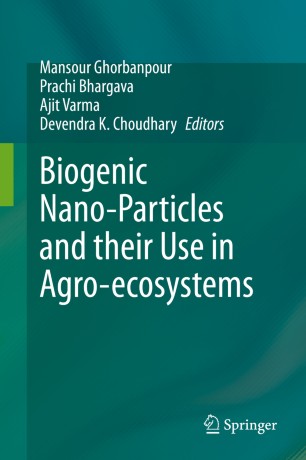 Biogenic Nano-Particles and their Use in Agro-ecosystems

Several nano-scale devices have emerged that are capable of analysing plant diseases, nutrient deficiencies and any other ailments that may affect food security in agro-ecosystems.  It has been envisioned that smart delivery systems can be developed and utilised for better management of agricultural ecosystems. These systems could exhibit beneficial, multi-functional characteristics, which could be used to assess and also control habitat-imposed stresses to crops.

Nanoparticle-mediated smart delivery systems can control the delivery of nutrients or bioactive and/or pesticide molecules in plants. It has been suggested that nano-particles in plants might help determine their nutrient status and could also be used as cures in agro-ecosystems. Further, to enhance soil and crop productivity, nanotechnology has been used to create and deliver nano fertilizers, which can be defined as nano-particles that directly help supply nutrients for plant growth and soil productivity.

A useful resource for postgraduate and research students in the field of plant and agricultural sciences, it is also of interest to researchers working in nano and biotechnology.

Dr. Bhargava has over 16 years of teaching and research experience in microbial molecular biology and is currently working as an Associate Professor at Shri Ramswaroop Memorial University, Lucknow. She has worked as Principle Investigator on various major GOI-sponsored projects, and was recently involved in a project sponsored by SERB, New Delhi.  As an active researcher, Dr Bhargava has published numerous research and review articles in respected journals, along with several book chapters.

Prof. Dr. Varma is The Group Deputy Vice Chancellor of Amity University and Head of Amity Institute of Microbial Technology. He spent almost three decades as a Senior Professor at JNU, New Delhi (1985-2004). He has published over 300 research articles for respected national and international journals, as well as several major review articles and chapters in books. He has published more than 120 books in the area of microbial technology and has been the series editor for Springer-Verlag’s Series on Soil Biology. He has extesive experience of organizing national and international training workshops/symposia and congresses.

Dr. Choudhary is a member of the National Academy of Sciences (MNASc), India. He holds a PhD in Microbiology and is currently working as an Associate Professor at Amity University, Noida. Dr. Choudhary has worked as Principle Investigator on major GOI-sponsored projects. He has published over 87 research articles for respected national and international journals, as well as several major review articles and chapters in books. He has also edited more than 10 books sponsored by SpringerNature.