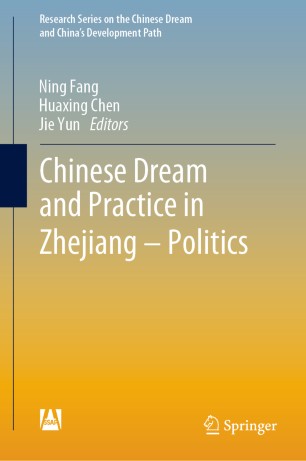 The theme of this book is the political practices by Zhejiang Government under the guidance of “China Dream” policy. It reviews the political facets of governance, The People’s Congress System, the consultative system, grassroots democracy, rule of law, government function, restriction and supervision of power and the  united front. These areas are the foundations of Chinese government, and are currently discussed in detail from the point of view of the Zhejiang local administration.  As China has its unique political system, this book could help scholars and policy makers around the global better understand the operation of Chinese government and political goals for the future under the guidance of the statecraft.