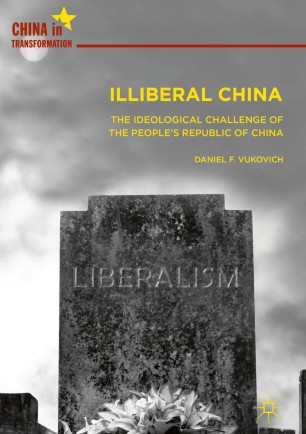 The Ideological Challenge of the People's Republic of China

Part of the China in Transformation book series (CIT)

This book analyzes the 'intellectual political culture' of post-Tiananmen China in comparison to and in conflict with liberalism inside and outside the P.R.C. How do mainland politics and discourses challenge ‘our’ own, chiefly liberal and anti-‘statist’ political frameworks? To what extent is China paradoxically intertwined with a liberal economism?  How can one understand its general refusal of liberalism, as well as its frequent, direct responses to electoral democracy, universalism, Western media, and other normative forces? Vukovich argues that the Party-state poses a challenge to our understandings of politics, globalization, and even progress. To be illiberal is not necessarily to be reactionary and vulgar but, more interestingly, to be anti-liberal and to seek alternatives to a degraded liberalism. In this way Chinese politics illuminate the global conjuncture, and may have lessons in otherwise bleak times.