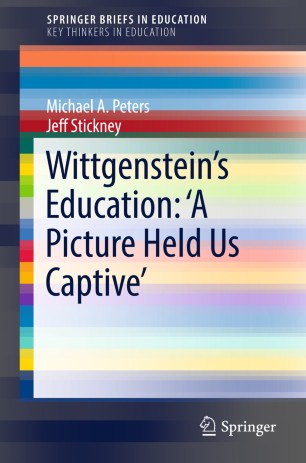 Dedicated to educators who are not philosophy specialists, this book offers an overview of the connections between Wittgenstein’s later philosophy and his own training and practice as an educator. Arguing for the centrality of education to Wittgenstein’s life and works, the authors resist any reduction of Wittgenstein’s philosophy to remarks on pedagogy while addressing the current controversy surrounding the role of training in the enculturation process.  Significant events in his education and life are examined as the background for successful interpretation, without lending biographical details explanatory force. The book discusses the importance of Wittgenstein’s training and dismissal as an elementary teacher (1920-26) in light of his later, frequent use (1930s-40s) of many ‘scenes of instruction’ in his Cambridge lectures and notebooks.  These depictions culminated in his now famous Philosophical Investigations -- a counter to his earlier philosophy in the Tractatus. Wittgenstein came to distinguish between empirical inquiries into how education, language or mathematics might ideally work, from grammatical studies of how we learn on the rough ground to normatively go-on as others do – often without explicit rules and with considerable degrees of ambiguity, for instance, in implementing new guidelines during a curriculum reform or in evaluating teachers.  The book argues that Wittgenstein’s reflections on education -- spanning from mathematics training to the acquisition of language and cultivation of aesthetic appreciation -- are of central significance to both the man and his pedagogical style of philosophy.