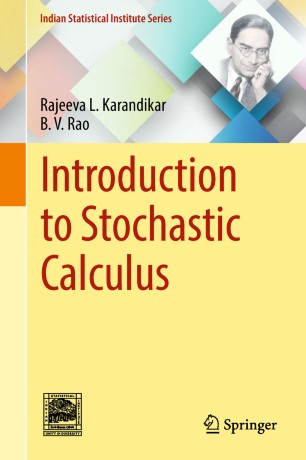 This book sheds new light on stochastic calculus, the branch of mathematics that is most widely applied in financial engineering and mathematical finance. The first book to introduce pathwise formulae for the stochastic integral, it provides a simple but rigorous treatment of the subject, including a range of advanced topics. The book discusses in-depth topics such as quadratic variation, Ito formula, and Emery topology. The authors briefly address continuous semi-martingales to obtain growth estimates and study solution of a stochastic differential equation (SDE) by using the technique of random time change. Later, by using Metivier–Pellaumail inequality, the solutions to SDEs driven by general semi-martingales are discussed. The connection of the theory with mathematical finance is briefly discussed and the book has extensive treatment on the representation of martingales as stochastic integrals and a second fundamental theorem of asset pricing. Intended for undergraduate- and beginning graduate-level students in the engineering and mathematics disciplines, the book is also an excellent reference resource for applied mathematicians and statisticians looking for a review of the topic.

“The style is compact and clear. The presentation is well complemented by a large number of useful remarks and exercises. Graduate students attending university courses in modern probability theory and its applications can benefit a lot from working with this book. There are good reasons to expect that the book will be met positively by students, university teachers and young researchers.” (Jordan M. Stoyanov, zbMATH 1434.60003, 2020)