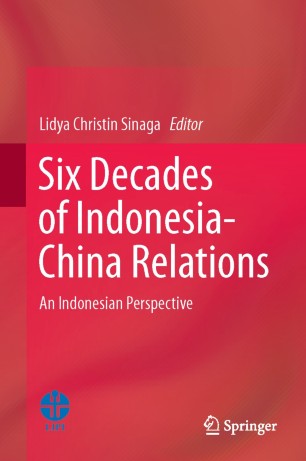 This book analyses the relations between Indonesia and China in the regional dynamics of Southeast Asia. The rising China has influenced global and regional constellations, and also has direct impacts for Indonesia. While this fact should be viewed as an opportunity that needs to be fully utilised for the benefit of national development of Indonesia, we should also prepare for the threats embedded in this development, especially from the service and labour sectors. As such, this book suggests that equal positions in relations between Indonesia and China are absolutely necessary, since both countries need each other in their efforts to maintain the continuity of their development. It also argues that to further strengthen its position in relation to China in the future, Indonesia's diplomacy requires an integrated grand design that supports the creation of economic and political power in the face of the emergence of China's economic and military power.

Lidya Christin Sinaga has been a researcher at the Center for Political Studies, Indonesian Institute of Sciences since 2006. Her research focuses on ASEAN and Indonesia-China relations, and she is an author and editor of several academic works. Lidya also participates in various expert round table discussions on Indonesia's political relations in ASEAN. She holds a Bachelor's degree in International Relations and Affairs from Universitas Gadja Mada, Indonesia and a Master of Arts in International Relations and Affairs from Flinders University, Australia.