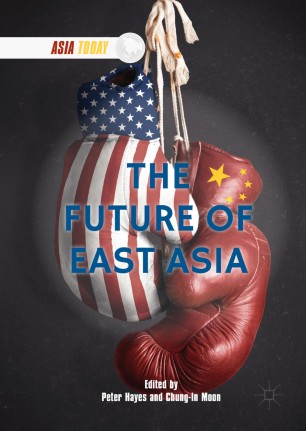 This book collects some of the most influential scholars in international relations who focus on Asia globally in exploring the challenges of diplomacy faced in Asia as US policy drastically changes. The president-elect has suggested policies which, if implemented, would radically transform the way that the region functions; what will this mean in practice? China's government is also retrenching nationalist positions; what is the future of China, and what does that mean for the region? A wide range of distinguished scholars, concerned about the future, have contributed their thoughts in an attempt to spark a global dialogue.

Peter Hayes is Honorary Professor at the Center for International Security Studies, Sydney University, Australia and Director of the Nautilus Institute in Berkeley, California.

Chung In Moon is a distinguished university professor of  Yonsei University, South Korea and Krause Distinguished Fellow, School of Global Policy and Strategy, UCSD. He served as  Ambassador for International Security Affairs at the Ministry of Foreign Affairs and Trade, the Republic of Korea, Chairman of the Presidential Committee on Northeast Asian Cooperation Initiative, a cabinet-level post, and Dean of Yonsei's Graduate School of International Studies.