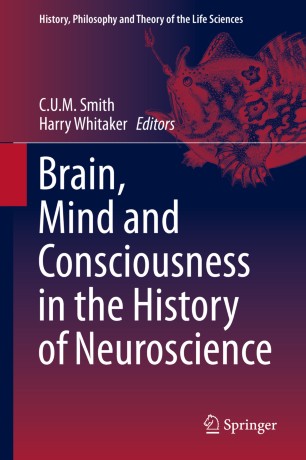 Brain, Mind and Consciousness in the History of Neuroscience

Part of the History, Philosophy and Theory of the Life Sciences book series (HPTL, volume 6)

This volume of essays examines the problem of mind, looking at how the problem has appeared to neuroscientists (in the widest sense) from classical antiquity through to contemporary times. Beginning with a look at ventricular neuropsychology in antiquity, this book goes on to look at Spinozan ideas on the links between mind and body, Thomas Willis and the foundation of Neurology, Hooke’s mechanical model of the mind and Joseph Priestley’s approach to the mind-body problem.

The volume offers a chapter on the 19th century Ottoman perspective on western thinking. Further chapters trace the work of nineteenth century scholars including George Henry Lewes, Herbert Spencer and Emil du Bois-Reymond. The book covers significant work from the twentieth century, including an examination of Alfred North Whitehead and the history of consciousness, and particular attention is given to the development of quantum consciousness. Chapters on slavery and the self and the development of an understanding of Dualism bring this examination up to date on the latest 21st century work in the field.

At the heart of this book is the matter of how we define the problem of consciousness itself: has there been any progress in our understanding of the working of mind and brain? This work at the interface between science and the humanities will appeal to experts from across many fields who wish to develop their understanding of the problem of consciousness, including scholars of Neuroscience, Behavioural Science and the History of Science.