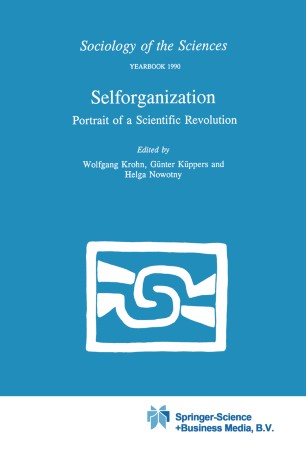 Portrait of a Scientific Revolution

Part of the Sociology of the Sciences book series (SOSC, volume 14)

may be complex without being able to be replaced by something »still more simple«. This became evident with the help of computer models of deterministic-recursive systems in which simple mathematical equation systems provide an extremely complex behavior. (2) Irregularity of nature is not treated as an anomaly but becomes the focus of research and thus is declared to be normal. One looks for regularity within irregularity. Non-equilibrium processes are recognized as the source of order and the search for equilibrium is replaced by the search for the dynamics of processes. (3) The classical system-environment model, according to which the adaptation of a system to its environment is controlled externally and according to which the adaptation of the system occurs in the course of a learning process, is replaced by a model of systemic closure. This closure is operational in so far as the effects produced by the system are the causes for the maintenance of systemic organization. If there is sufficient complexity, the systems perform internal self-observation and exert self-control (»Cognition« as understood by Maturana as self-perception and self-limitation, e. g. , that of a cell vis-a. -vis its environment). 22 But any information a system provides on its environment is a system-internal construct. The »reference to the other« is merely a special case of »self-reference«. The social sciences frequently have suffered from the careless way in which scientific ideas and models have been transferred.