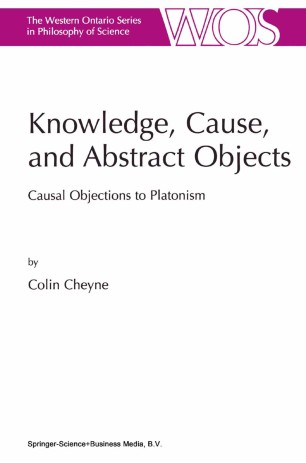 Part of the The Western Ontario Series in Philosophy of Science book series (WONS, volume 67)

According to platonists, entities such as numbers, sets, propositions and properties are abstract objects. But abstract objects lack causal powers and a location in space and time, so how could we ever come to know of the existence of such impotent and remote objects? In Knowledge, Cause, and Abstract Objects, Colin Cheyne presents the first systematic and detailed account of this epistemological objection to the platonist doctrine that abstract objects exist and can be known. Since mathematics has such a central role in the acquisition of scientific knowledge, he concentrates on mathematical platonism. He also concentrates on our knowledge of what exists, and argues for a causal constraint on such existential knowledge. Finally, he exposes the weaknesses of recent attempts by platonists to account for our supposed platonic knowledge.
This book will be of particular interest to researchers and advanced students of epistemology and of the philosophy of mathematics and science. It will also be of interest to all philosophers with a general interest in metaphysics and ontology.