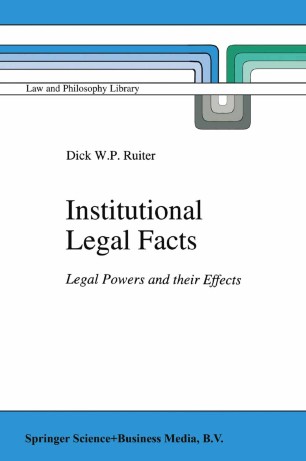 Legal Powers and their Effects

Law is traditionally conceived as consisting of norms of conduct and power-conferring norms. This conception, however, is unable to account for a variety of elements of modern legal systems that differ significantly from the classical notions. This book concerns the problem of which results of human activity can obtain legal validity. The author makes use of recent findings in speech act theory, especially John R. Searle and Daniel Vanderveken's illocutionary logic. He sets out a theory of legal norms conceived as institutional legal facts resulting from performances of speech acts specified in power-conferring norms. The theory provides a classification of acts-in-the-law and of legal norms resulting from performances of these. Finally, the transition is made from institutional legal facts to legal institutions. The book is a contribution to the institutional theory of law as developed by N. MacCormick and O. Weinberger.