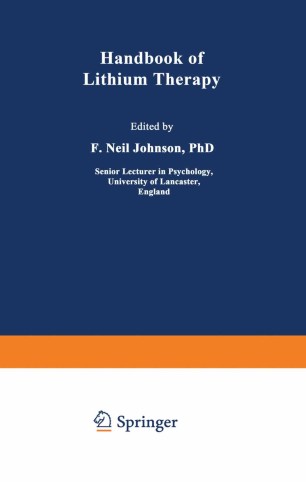 As a medical student in the 1930s, I remember well that a very clear line of distinction was drawn between physical illness and mental illness. Physical illness resulted from pathology which could be identified and studied in detail and the cause could often be deduced. Treatment thus was often specific and based upon a proper appreciation of underlying basic science. Mental illness, on the other hand, could not, it was believed, be based upon identifiable changes in basic science. It was literally 'all in the mind' and, occurring in the absence of causes that could be identified, analysed and remedied, had no treatment that could in any way be called specific. N ow it is all too easy, in Medicine, for a doctor to become so immersed in a specialty that he fails to notice how his colleagues in other specialties are faring and, through laziness, to miss advances even of fundamental importance in fields other than those in which he himself works. As a consultant surgeon, after W orId War II, although I realized the importance of keeping in touch with those medical specialties which appeared to have a common interface with my own surgical interests, such as general medi­ cine, gastro-enterology, hepatology and endocrinology, it did not occur to me that there was any pressing need to ask what was new in Psychological Medicine.