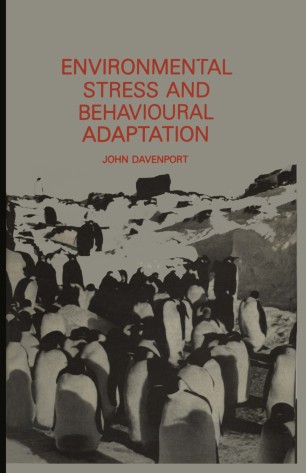 It is generally agreed that animal life originated in the sea and that adaptive radiation subsequently led to the colonisaHon of other environments - shores and estuaries, streams and lakes, bog, mountain and desert. In their invasion of these habitats animals left the equable, relatively stabl.e surroundings of the open sea and subjected themselves to the rigours of temperature fluctuations and extremes, a variety of ionic backgrounds, areas of depleted oxygen or the possibility of aerial exposure and potential desiccation. The spur for this radiation presumably lay in the prize of access to unexploited habitats and sources of energy. The survival of these more adventurous species has depended upon them evolving mechanisms to protect the integrity of their cellular constituents. Protoplasm can only exist within physiochemical limits which are quite narrow for each species. Water activity, salt and gas concentrations and temperature all have to be appropriate for enzyme­ catalysed processes to function properly within cells. Except in the open sea, environmental conditions regularly vary outside these limits. To take a familiar example; humans can only remain conscious (and hence functional) if their core (Le. deep tissues - brain, heart, liver, etc.) body temperature is maintained between about 30 and 43°C.