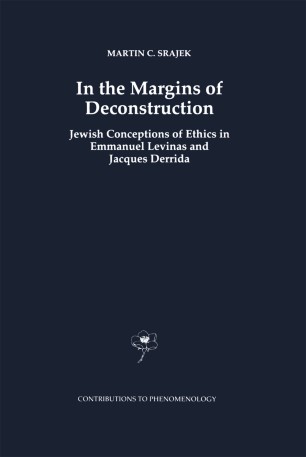 Jewish Conceptions of Ethics in Emmanuel Levinas and Jacques Derrida

Part of the Contributions To Phenomenology book series (CTPH, volume 32)

Although this book is a study of the work of Emmanuel Levinas and Jacques Derrida, it would be mistaken to refer to it as a comparison. The book develops a framework which might aide the reader of Levinas and Derrida in determining the scope and significance of their respective projects as far as a discourse of the sacred is concerned. It does so by emphasizing their status as philosophers whose thought correlates but does not compare. Within this correlation, without obscuring either their differences or similarities, we can see a common framework that consists of the following elements. First, it is clear from what and how Derrida and Levinas have written that the general import of their work lies in the area of ethics. However, in many ways it would be justifiable to say that their work is not about ethics at all. Neither of them proposes a moral theory; neither is interested in discussing the question of values vs. social norms, duty vs. virtue and other issues that might pertain to the area of ethics. To be sure, these issues do come up in their work, yet they are treated in a peculiarly different way. For Derrida and Levinas, ethics is not so much an inquiry into the problems of right and wrong but an inquiry into the problem of the ethical constitutedness of human beings.