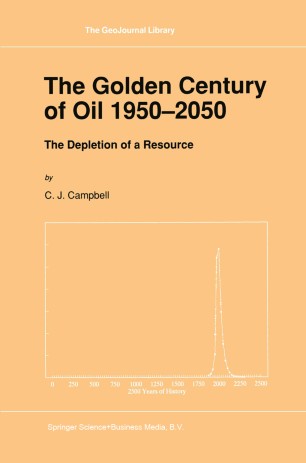 The Depletion of a Resource

Part of the The GeoJournal Library book series (GEJL, volume 19)

oil is the lifeblood of the World's economy. It was a critical element in two World Wars and in the Cold War, and, as recent events in the Middle East confirm, people are willing to fight for it. The cheap energy it provides, especially for transport and agriculture, was one of the main factors that made possible the economic prosperity and growth that the World has enjoyed for the past fifty years and more. People rely on it everywhere, and in many forms, and they have become so accustomed to its ready availability that they take it for granted. To conceive of a world without traffic jams and airliners is unthinkable, and while not so obvious, oil lies behind every supermarket shelf, fuelling the tractor that ploughs the field and the delivery van that brings the consumer his food. Yet everyone knows that it is a finite and irreplaceable commodity, formed long ago in the geological past. What no one knows is just how finite it is. This book is an effort to try to answer that question : not in detail, but at least in orders of magnitude. More useful than the figures themselves is the discussion of the elements involved in addressing the subject. While it is impossible to predict the precise pattern of future production, which will be affected by many unforeseeable factors, one can at least begin to think in terms of resource constraint instead of an ever expanding supply of oil.