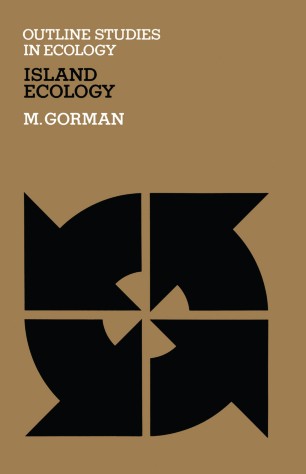 Part of the Outline Studies in Ecology book series (OSE)

The islands of the Pacific and East Indies made an enormous and fateful impact on the minds of Charles Darwin and Alfred Wallace, the fathers of modem evolutionary theory. Since then island floras and faunas have continued to playa central role in the development of evolutionary, and more recently ecological thought. For much ofthis century island ecology was a descriptive science and a wealth of information has been amassed on patterns of species distributions, on the composition of island floras and faunas, on the classification of islands into types such as oceanic and continental, on the taxonomic description of insular species and sub-species and on the adaptations, often bizarre, of island creatures. However, biologists are not satisfied for long with the mere collection of data and the description of patterns, but seek unifying theories. Island ecology was transformed into a predictive science by the publication, in 1967, of MacArthur and Wilson's Theory of Island Biogeography. This, perhaps the most influential book written on island ecology, has been the stimulus for a generation of theoretical ecologists and gifted field workers. The books listed below in the bibliography will indicate to the reader the vast scope of island ecology and the changes in approach that have taken place over the years.