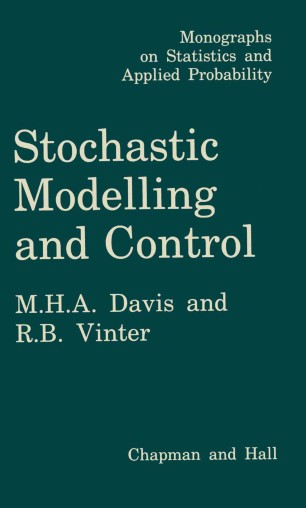 This book aims to provide a unified treatment of input/output modelling and of control for discrete-time dynamical systems subject to random disturbances. The results presented are of wide applica­ bility in control engineering, operations research, econometric modelling and many other areas. There are two distinct approaches to mathematical modelling of physical systems: a direct analysis of the physical mechanisms that comprise the process, or a 'black box' approach based on analysis of input/output data. The second approach is adopted here, although of course the properties ofthe models we study, which within the limits of linearity are very general, are also relevant to the behaviour of systems represented by such models, however they are arrived at. The type of system we are interested in is a discrete-time or sampled-data system where the relation between input and output is (at least approximately) linear and where additive random dis­ turbances are also present, so that the behaviour of the system must be investigated by statistical methods. After a preliminary chapter summarizing elements of probability and linear system theory, we introduce in Chapter 2 some general linear stochastic models, both in input/output and state-space form. Chapter 3 concerns filtering theory: estimation of the state of a dynamical system from noisy observations. As well as being an important topic in its own right, filtering theory provides the link, via the so-called innovations representation, between input/output models (as identified by data analysis) and state-space models, as required for much contemporary control theory.