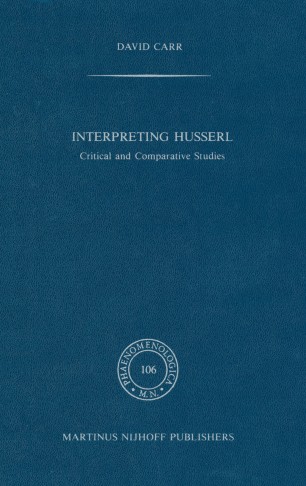 Edmund Husserl's importance for the philosophy of our century is immense, but his influence has followed a curious path. Rather than continuous it has been recurrent, ambulatory and somehow irrepressible: no sooner does it wane in one locality than it springs up in another. After playing a major role in Germany during his lifetime, Husserl had been filed away in the history-books of that country when he was discovered by the French during and after World War II. And just as the phenomenological phase of French philosophy was ending in the 1960's, Husserl became important in North America. There his work was first taken seriously by a sizable minority of dissenters from the Anglo-American establish­ ment, the tradition of conceptual and linguistic analysis. More recently, some philosophers within that tradition have drawn on certain of Husserl's central concepts (intentionality, the noema) in addressing problems in the philosophy of mind and the theory of meaning. This is not to say that Husserl's influence in Europe has alto­ gether died out. It may be that he is less frequently discussed there directly, but (as I try to argue in the introductory essay of this volume) his influence lives on in subtler forms, in certain basic attitudes, strategies and problems.