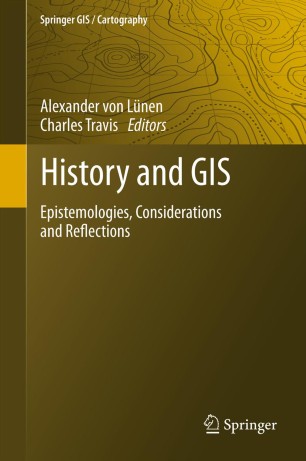 Geographical Information Systems (GIS) – either as 'standard' GIS or custom made Historical GIS (HGIS) – have become quite popular in some historical sub-disciplines, such as Economic and Social History or Historical Geography.

'Mainstream' history, however, seems to be rather unaffected by this trend. Why is it that computer applications in general have failed to make much headway in history departments, despite the first steps being undertaken a good forty years ago?

With the 'spatial turn' in full swing in the humanities, and many historians dealing with spatial and geographical questions, one would think GIS would be welcomed with open arms. Yet there seems to be no general anticipation by historians of employing GIS as a research tool. As mentioned, HGIS are popular chiefly among Historical Geographers and Social and Economic Historians. The latter disciplines seem to be predestined to use such software through the widespread quantitative methodology these disciplines have employed traditionally. Other historical sub-disciplines, such as Ancient History, are also very open to this emerging technology since the scarcity of written sources in this field can be mitigated by inferences made from an HGIS that has archaeological data stored in it. In most of Modern History, however, the use of GIS or its intellectual benefit is rarely seen.

This book investigates and discusses this controversy. Why does the wider historian community not embrace GIS more readily? While one cannot deny that the methodologies linked with a GIS follow geographical paradigms rather than historical ones, the potential of GIS as a 'killer application'  for digital historical scholarship should be obvious.

This book brings together authors from Geography and History to discuss the value of GIS for historical research. The focus, however, will not be on the "how", but on the "why" of GIS in history.

Dr. Charles Travis was awarded a PhD in Historical-Cultural Geography from Trinity College Dublin in 2006. He is a Post-Doctoral Research Fellow with the Trinity Long Room Hub. His research concerns the historical, cultural and environmental geographies of early twentieth century Ireland; the development of Humanities GIS methodologies and applications, as well as media geographies.

“This book is a collection of debates, opinions, experiences, and reservations along with some case studies. The former are a rich source of ideas for those interested in the differences between the geographer’s and the historian’s craft and concerned with the role of technology as enabling or disabling research.” (Mary Kelly, Journal of Historical Geography, Vol. 48, 2015)