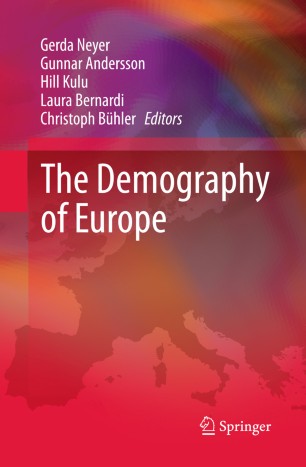 The Demography of Europe

Over the past decades Europe has witnessed fundamental changes of its population dynamics and population structure. Fertility has fallen below replacement level in almost all European countries, while childbearing behavior and family formation have become more diverse. Life expectancy has increased in Western Europe for both females and males, but has been declining for men in some Eastern European countries. Immigration from non-European countries has increased substantially, as has mobility within Europe. These changes pose major challenges to population studies, as conventional theoretical assumptions regarding demographic behavior and demographic development seem unfit to provide convincing explanations of the recent demographic changes.

This book, derived from the symposium on “The Demography of Europe” held at the Max Planck Institute for Demographic Research in Rostock, Germany in November 2007 in honor of Professor Jan M. Hoem, brings together leading population researchers in the area of fertility, family, migration, life-expectancy, and mortality. The contributions present key issues of the new demography of Europe and discuss key research advances to understand the continent’s demographic development at the turn of the 21st century.