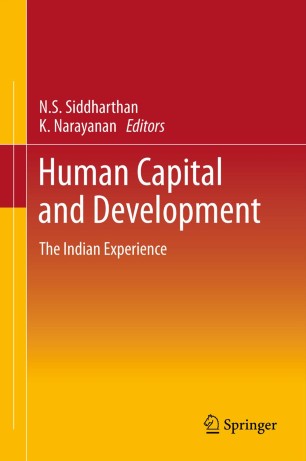 The papers included in this volume cover several aspects of human capital. It starts with the role of human capital in influencing productivity, employment and growth of employment. The chapters show that Indian States that have been neglecting schooling and health facilities have become victims in terms of low productivity and lower rates of employment. Consequently, employment cannot be increased without spending on education and health. Furthermore, the unorganised sector in India cannot provide gainful employment as productivity in this sector is low and is also declining. Skill intensity influences mainly productivity in the organised sector. As a result, states that have been neglecting human capital would lose on both counts.

The chapters also reveal that human capital could be substituted for energy use and help in reducing energy consumption and pollution. India is also one of the important exporters of human capital and the non resident Indians send remittances back to India. The volume indicates that remittances play a significant role in poverty reduction and increase in per capita consumption levels. In addition remittances, unlike foreign direct investments and portfolio investments, are less erratic and are not influenced by slowdown in the world economy. Poverty could also be directly attacked through the use of anti poverty programmes like NREGA. This volume provides an analytical framework and a theoretical model to analyse the impact of these programmes to examine their influence on labour demand, income, prices and productivity. The volume also emphasises the crucial role of the government in directly running education institutions. As seen from the volume government run engineering institutions are technically more efficient than the private run ones.