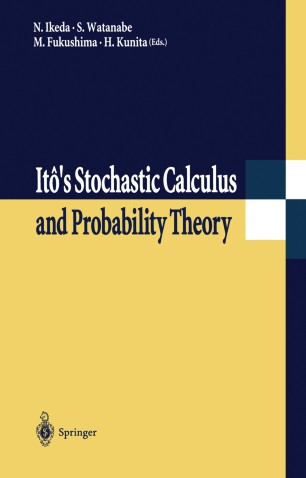 Professor Kiyosi Ito is well known as the creator of the modern theory of stochastic analysis. Although Ito first proposed his theory, now known as Ito's stochastic analysis or Ito's stochastic calculus, about fifty years ago, its value in both pure and applied mathematics is becoming greater and greater. For almost all modern theories at the forefront of probability and related fields, Ito's analysis is indispensable as an essential instrument, and it will remain so in the future. For example, a basic formula, called the Ito formula, is well known and widely used in fields as diverse as physics and economics.
This volume contains 27 papers written by world-renowned probability theorists. Their subjects vary widely and they present new results and ideas in the fields where stochastic analysis plays an important role. Also included are several expository articles by well-known experts surveying recent developments. Not only mathematicians but also physicists, biologists, economists and researchers in other fields who are interested in the effectiveness of stochastic theory will find valuable suggestions for their research. In addition, students who are beginning their study and research in stochastic analysis and related fields will find instructive and useful guidance here.
This volume is dedicated to Professor Ito on the occasion of his eightieth birthday as a token of deep appreciation for his great achievements and contributions. An introduction to and commentary on the scientific works of Professor Ito are also included.