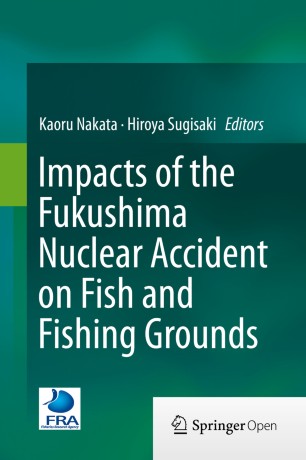 Impacts of the Fukushima Nuclear Accident on Fish and Fishing Grounds

This book presents the results from the Japanese Fisheries Research Agency’s 3-year intensive monitoring of radionuclides in a variety of fish, plankton, benthos, and their living environments after the Fukushima Daiichi Nuclear Power Plant (FNPP) accident in March 2011. The book reveals the dynamics of contamination processes in marine and freshwater fish, mediated by the contamination of water, sediments, and food organisms; it also clarifies the mechanisms by which large variations in the level of contamination occurs among individual fish. Most importantly, the book includes a large amount of original measurement data collected in situ and for the first time assesses diffusion of radiocesium across the Pacific using both in situ data and a numerical simulation model. Also introduced are several new approaches to evaluate the impact of the release of radionuclides, including the measurement of radiation emission from an otolith section to identify the main period of contamination in fish. The FNPP accident represents a rare instance where the environmental radioactivity level was elevated steeply through atmospheric fallout and direct discharge of radioactive water into the sea over a short period of time. Replete with precise scientific data, this book will serve as an important resource for research in fields such as fishery science, oceanography, ecology, and environmentology, and also as a solid basis for protecting fisheries from damage resulting from harmful rumors among the general public.

“Here, experts in the fields of marine and freshwater ecology … provide the first comprehensive results of studies on the effects of this radioactive release on both marine and freshwater systems. … The primary nature of the research makes this title most appropriate for advanced students in marine and freshwater fisheries and marine ecology programs, as well as researchers in related fields such as environmental science. … Summing Up: Recommended. Upper-division undergraduates through professionals/practitioners.” (K. R. Thompson, Choice, Vol. 53 (6), February, 2016)