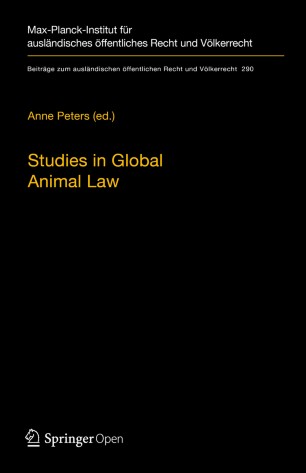 This open access book contains 13 contributions on global animal law, preceded by an introduction which explains key concepts and methods. Global Animal Law refers to the sum of legal rules and principles (both state-made and non-state-made) governing the interaction between humans and other animals, on a domestic, local, regional, and international level. Global animal law is the response to the mismatch between almost exclusively national animal-related legislation on the one hand, and the global dimension of the animal issue on the other hand.

The chapters lay some historical foundations in the ius naturae et gentium, examine various aspects of how national and international law traditionally deals with animals as commodity; and finally suggest new legal concepts and protective strategies. The book shows numerous entry points for animal issues in international law and at the same time shifts the focus and scope of inquiry.