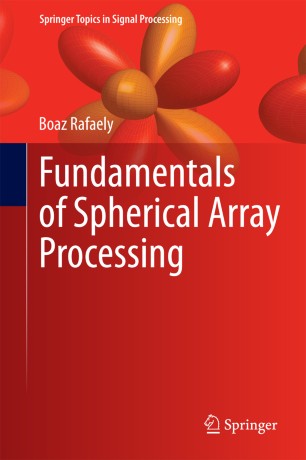 The first two chapters provide the reader with the necessary mathematical and physical background, including an introduction to the spherical Fourier transform and the formulation of plane-wave sound fields in the spherical harmonic domain.

The third chapter covers the theory of spatial sampling, employed when selecting the positions of microphones to sample sound pressure functions in space. Subsequent chapters present various spherical array configurations, including the popular rigid-sphere-based configuration. Beamforming (spatial filtering) in the spherical harmonics domain, including axis-symmetric beamforming, and the performance measures of directivity index and white noise gain are introduced, and a range of optimal beamformers for spherical arrays, including beamformers that achieve maximum directivity and maximum robustness, and the Dolph-Chebyshev beamformer are developed. The final chapter discusses more advanced beamformers, such as MVDR and LCMV, which are tailored to the measured sound field.