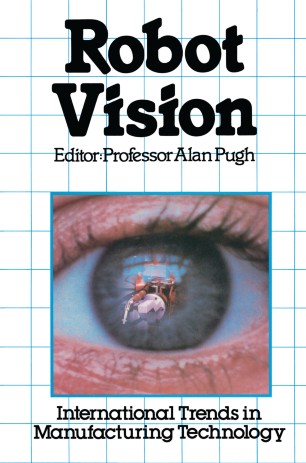 Over the past five years robot vision has emerged as a subject area with its own identity. A text based on the proceedings of the Symposium on Computer Vision and Sensor-based Robots held at the General Motors Research Laboratories, Warren, Michigan in 1978, was published by Plenum Press in 1979. This book, edited by George G. Dodd and Lothar Rosso!, probably represented the first identifiable book covering some aspects of robot vision. The subject of robot vision and sensory controls (RoViSeC) occupied an entire international conference held in the Hilton Hotel in Stratford, England in May 1981. This was followed by a second RoViSeC held in Stuttgart, Germany in November 1982. The large attendance at the Stratford conference and the obvious interest in the subject of robot vision at international robot meetings, provides the stimulus for this current collection of papers. Users and researchers entering the field of robot vision for the first time will encounter a bewildering array of publications on all aspects of computer vision of which robot vision forms a part. It is the grey area dividing the different aspects of computer vision which is not easy to identify. Even those involved in research sometimes find difficulty in separating the essential differences between vision for automated inspection and vision for robot applications. Both of these are to some extent applications of pattern recognition with the underlying philosophy of each defining the techniques used.