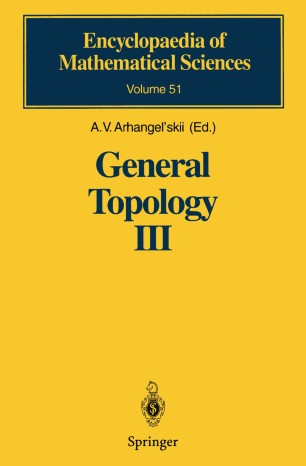 This book with its three contributions by Arhangel'skii and Choban treats important topics in general topology and their role in functional analysis and axiomatic set theory. It discusses, for instance, the continuum hypothesis, Martin's axiom; the theorems of Gel'fand-Kolmogorov, Banach-Stone, Hewitt and Nagata; the principles of comparison of the Luzin and Novikov indices. The book is written for graduate students and researchers working in topology, functional analysis, set theory and probability theory. It will serve as a reference and also as a guide to recent research results.