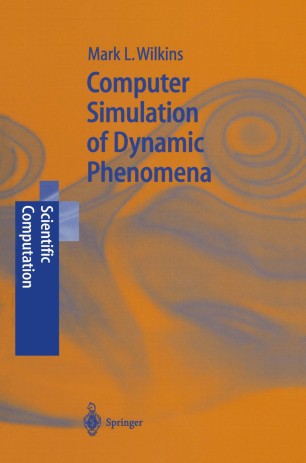 Preferred finite difference schemes in one, two, and three space dimensions are described for solving the three fundamental equations of mechanics (conservation of mass, conservation of momentum, and conservation of energy). Models of the behavior of materials provide the closure to the three fundamentals equations for applications to problems in compressible fluid flow and solid mechanics. The use of Lagrange coordinates permits the history of mass elements to be followed where the integrated effects of plasticity and external loads change the material physical properties. Models of fracture, including size effects, are described. The detonation of explosives is modelled following the Chapman--Jouget theory with equations of state for the detonation products derived from experiments. An equation-of-state library for solids and explosives is presented with theoretical models that incorporate experimental data from the open literature. The versatility of the simulation programs is demonstrated by applications to the calculations of surface waves from an earthquake to the shock waves from supersonic flow and other examples.

From the reviews
"The focus on the numerical scheme by the author was particularly good. Text, equations and illustrations have been employed very well to explain the methods of producing the numerical code. The procedure to implement them practically is also well documented." (The Physicist, 2000)

"(....) the book offers a unique and interesting blend of numerical fluid and solid mechanics. As such, it should serve well as a reference for a graduate course on computational mechanics." (Applied Mechanics Reviews, 1999)
Buy options