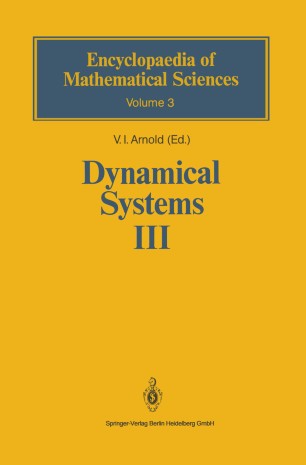 This work describes the fundamental principles, problems, and methods of elassical mechanics focussing on its mathematical aspects. The authors have striven to give an exposition stressing the working apparatus of elassical mechanics, rather than its physical foundations or applications. This appara­ tus is basically contained in Chapters 1, 3,4 and 5. Chapter 1 is devoted to the fundamental mathematical models which are usually employed to describe the motion of real mechanical systems. Special consideration is given to the study of motion under constraints, and also to problems concerned with the realization of constraints in dynamics. Chapter 3 is concerned with the symmetry groups of mechanical systems and the corresponding conservation laws. Also discussed are various aspects of the theory of the reduction of order for systems with symmetry, often used in applications. Chapter 4 contains abrief survey of various approaches to the problem of the integrability of the equations of motion, and discusses some of the most general and effective methods of integrating these equations. Various elassical examples of integrated problems are outlined. The material pre­ sen ted in this chapter is used in Chapter 5, which is devoted to one of the most fruitful branches of mechanics - perturbation theory. The main task of perturbation theory is the investigation of problems of mechanics which are" elose" to exact1y integrable problems.