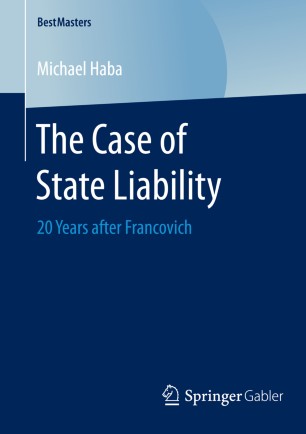 The Case of State Liability

In light of the 20th anniversary of the ruling in Francovich, Michael Haba analyzes the principle of Member State Liability, which provides a right to damages whenever EU law is breached by Member States. His research ascertains that the doctrine evolved through three stages before becoming the unified approach that it is today. The author emphasizes that the principle’s base lay at the outset of the EEC, when the ECJ sought means to foster the enforcement of EC law. He shows that although State Liability was introduced in Francovich, there was not enough guidance on its application. He highlights that these matters were resolved in Brasserie/Factortame III, which refined the assessment of culpability, but was inconsistent and had to be further clarified in case law. He illustrates that the doctrine was expanded to breaches of EC law by last instance courts in Köbler. Finally, the author examines if breaches of European competition rules could lead to a right to damages under the principle, but concludes that no fourth stage of State Liability can be established.

Students in the field of European Union Law