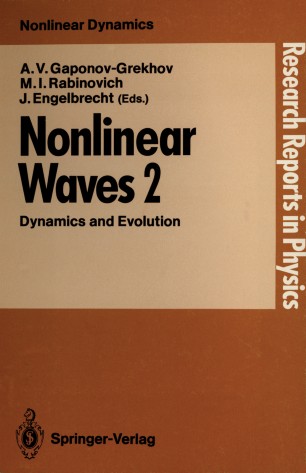 Part of the Research Reports in Physics book series (RESREPORTS)

Since 1972 the Schools on Nonlinear Physics in Gorky have been a meeting place for Soviet scientists working in this field. Instead of producing for the first time English proceedings it has been decided to present a good cross section of nonlinear physics in the USSR. Thus the participants at the last School were invited to provide English reviews and research papers for these two volumes (which in the years to come will be followed by the proceedings of forthcoming schools). The second volume deals with dynamical chaos in classical and quantum systems, with evolution in chemical systems and self-organisation in biology, and with applications of nonlinear dynamics to condensed matter, sea waves, and astrophysics.