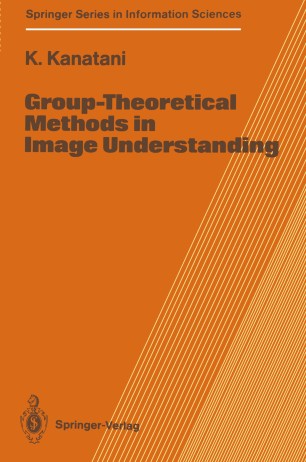 Image understanding is an attempt to extract knowledge about a 3D scene from 20 images. The recent development of computers has made it possible to automate a wide range of systems and operations, not only in the industry, military, and special environments (space, sea, atomic plants, etc.), but also in daily life. As we now try to build ever more intelligent systems, the need for "visual" control has been strongly recognized, and the interest in image under­ standing has grown rapidly. Already, there exists a vast body of literature-ranging from general philosophical discourses to processing techniques. Compared with other works, however, this book may be unique in that its central focus is on "mathematical" principles-Lie groups and group representation theory, in particular. In the study of the relationship between the 3D scene and the 20 image, "geometry" naturally plays a central role. Today, so many branches are inter­ woven in geometry that we cannot truly regard it as a single subject. Neverthe­ less, as Felix Klein declared in his Erlangen Program, the central principle of geometry is group theory, because geometrical concepts are abstractions of properties that are "invariant" with respect to some group of transformations. In this text, we specifically focus on two groups of transformations. One is 20 rotations of the image coordinate system around the image origin. Such coordi­ nate rotations are indeed irrelevant when we look for intrinsic image properties.