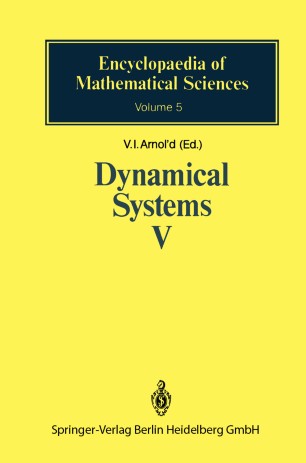 Part of the Encyclopaedia of Mathematical Sciences book series (volume 5)

Bifurcation theory and catastrophe theory are two of the best known areas within the field of dynamical systems. Both are studies of smooth systems, focusing on properties that seem to be manifestly non-smooth. Bifurcation theory is concerned with the sudden changes that occur in a system when one or more parameters are varied. Examples of such are familiar to students of differential equations, from phase portraits. Moreover, understanding the bifurcations of the differential equations that describe real physical systems provides important information about the behavior of the systems. Catastrophe theory became quite famous during the 1970's, mostly because of the sensation caused by the usually less than rigorous applications of its principal ideas to "hot topics", such as the characterization of personalities and the difference between a "genius" and a "maniac". Catastrophe theory is accurately described as singularity theory and its (genuine) applications. The authors of this book, the first printing of which was published as Volume 5 of the Encyclopaedia of Mathematical Sciences, have given a masterly exposition of these two theories, with penetrating insight.