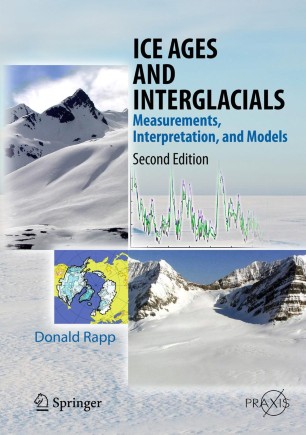 Existing books on ice ages are mostly short, popular, and non-technical. Many deal with the effects of the last ice age on flora and fauna. The small book by the Imbries is mostly historical and reflects their undying belief in the astronomical theory. The only book that attempts to deal with the broad issues of what we know about past ice ages and why they occur is the book by Muller and MacDonald (M&M), published by Praxis. However, despite its many good features, this book suffers from an inordinate emphasis on spectral analysis, a lack of coverage of new data, and a very confusing sequence of chapters. As a result, the data and theory are so intimately entwined that it is difficult to separate one from the other.

This book will provide an independent and hopefully complete summary of the latest data, independent of theory or analysis. This will be far more extensive than that given by M&M. Only then, after presenting the data, will theories be explored and comparisons made with the data.

This book will become the premier reference and sourcebook on ice ages.

It will also connect up to more recent times regarding climate change.