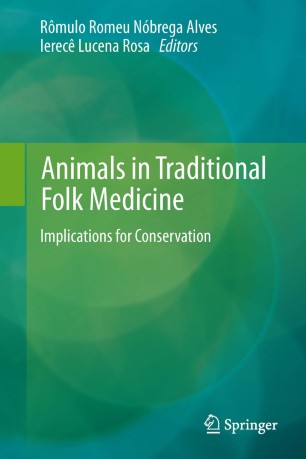 People have relied on medicinal products derived from natural sources for millennia, and animals have long been an important part of that repertoire; nearly all cultures, from ancient times to the present, have used animals as a source of medicine. Ingredients derived from wild animals are not only widely used in traditional remedies, but are also increasingly valued as raw materials in the preparation of modern medicines. Regrettably, the unsustainable use of plants and animals in traditional medicine is recognized as a threat to wildlife conservation, as a result of which discussions concerning the links between traditional medicine and biodiversity are becoming increasingly imperative, particularly in view of the fact that folk medicine is the primary source of health care for 80% of the world’s population. This book discusses the role of animals in traditional folk medicine and its meaning for wildlife conservation. We hope to further stimulate further discussions about the use of biodiversity and its implications for wildlife conservation strategies.