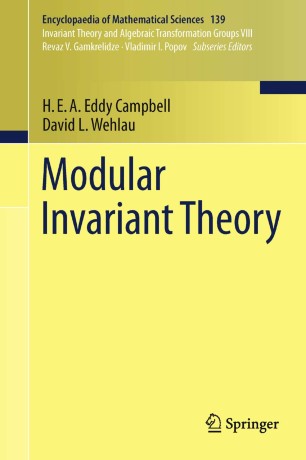 This book covers the modular invariant theory of finite groups, the case when the characteristic of the field divides the order of the group. It explains a theory that is more complicated than the study of the classical non-modular case, and it describes many open questions.

Largely self-contained, the book develops the theory from its origins up to modern results. It explores many examples, illustrating the theory and its contrast with the better understood non-modular setting. It details techniques for the computation of invariants for many modular representations of finite groups, especially the case of the cyclic group of prime order. It includes detailed examples of many topics as well as a quick survey of the elements of algebraic geometry and commutative algebra as they apply to invariant theory. The book is aimed at both graduate students and researchers—an introduction to many important topics in modern algebra within a concrete setting for the former, an exploration of a fascinating subfield of algebraic geometry for the latter.