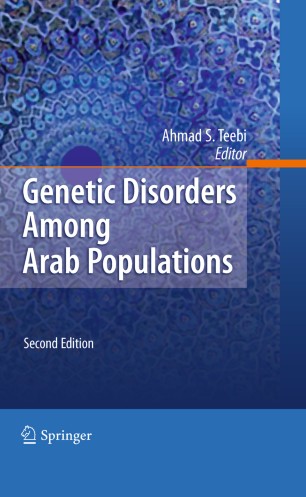 Arab populations have their “own” genetic disorders, both universal and particular. Genetic diversity within these source populations, along with the fact that the rates of inbreeding are often high and family sizes are often large, constitute conditions that facilitate the emergence and detection of phenotypes explained notably by autosomal recessive inheritance; in which case, the use of homozygosity gene mapping can facilitate the discovery of the corresponding genes. The present book includes 5 parts dealing with various aspects that relate to the genetic structure of Arabs and minorities within the Arab world as well as genetic disorders prevalent in this part of the world. It includes updated reviews of the genetic disorders in various Arab countries and geographic regions. The focus is primarily, but not exclusively, on the group of single-gene disorders with particular emphasis on autosomal recessive conditions. It further includes epidemiological and clinical data as well as inheritance patterns, mutation and polymorphism data, and available haplotype analysis data. The ethnic and genetic diversity of the Arab populations is discussed as well as aspects of genetic counseling practice in this region together with a proposal for an ethical framework for genetic research and prevention of genetic disorders. The target audience of this book includes human and medical geneticists, genetic counselors, researchers, medical specialists dealing with Arab patients or practicing in Arab countries, medical and genetic counseling students, and nurses.