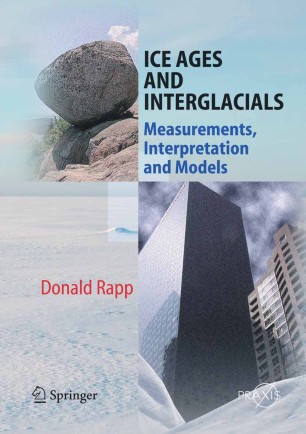 Ice ages represent perhaps the most dramatic example of extreme climate change on the Earth. Understanding how and why ice ages occur is of great importance in our wider understanding of the global climate system and how it might change. If one examines Greenland ice data for the past 100,000 years, it becomes very clear that the relatively warm period of the past 11,000 years stand out in striking contrast to the 90,000 years of extreme cold that preceded it. We now refer to the unusually warm period that we are in at the present time as an interglacial; the long preceding period of cold is a glacial or ice age. During the last ice age, humans developed elaborate tools and homo sapiens migrated from Africa to Europe, but it wasn’t until that ice age ended 11,000 years ago that agriculture began and with it the foundation of modern civilization. It is therefore not surprising that there is enormous interest in trying to work out the mechanisms which trigger ice ages to begin, and what causes them to end. Of particular interest is the fact that ice ages appear to begin and end very abruptly on the geological timescale.

Previous and existing books on ice ages are mostly short, popular and non-technical. This book will provide an independent and complete summary of the latest data, independent of theory or analysis, before exploring theories and making comparisons with that data. Professor Donald Rapp has had a long and varied scientific and engineering career, with 48 years of experience in different fields. He has published many scientific papers and five books, including Assessing Climate Change, published by Springer-Praxis in December 2007.