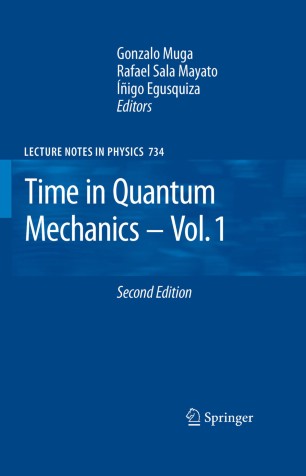 The treatment of time in quantum mechanics is still an important and challenging open question in the foundation of the quantum theory. This book describes the problems, and the attempts and achievements in defining, formalizing and measuring different time quantities in quantum theory, such as the parametric (clock) time, tunneling times, decay times, dwell times, delay times, arrival times or jump times. This multi-authored book, written as an introductory guide for newcomers to the subject, as well as a useful source of information for the expert, covers many of the open questions. After the brief historical overview in the introduction, 12 contributions are devoted to conceptual and theoretical investigations as well as experimental issues in quantum-mechanical time measurements. This novel monograph should attract physicists as well as philosophers of science working in the foundations of quantum physics. For this revised second edition, all chapters have been updated and extended where appropriate.

"Beginning with a clear introduction to the perplexing issue of the nature of time in quantum mechanics, the reader then undertakes a stimulating excursion through a sequence of chapters written by leading researchers. Theory and experiment are nicely balanced, and extensive lists of references accompany each chapter. […] Furthermore, the book is enlightening from a sociological perspective to see how 'sides' of these controversies developed and later reconciled as unified approaches […]." The Physicist, 39/5 (2002)