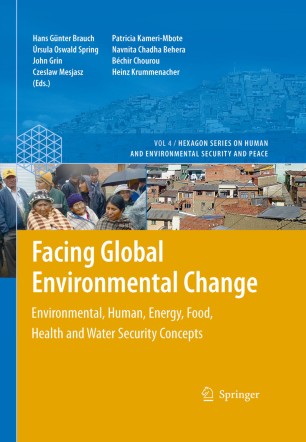 Part of the Hexagon Series on Human and Environmental Security and Peace book series (HSHES, volume 4)

The year 2007 could perhaps accurately be described as the year when climate change finally received the attention that this challenge deserves globally. Much of the information and knowledge that was created in this field during the year was the result of the findings of the Fourth - sessment Report (AR4) of the Intergovernmental Panel on Climate Change (IPCC), which were disseminated on a large scale and reported extensively by the media. This was the result not only of a heightened interest on the part of the public on various aspects of climate change, but also because the IPCC itself proactively attempted to spread the findings of its AR4 to the public at large. The interest generated on the scientific realities of climate change was further enhanced by the award of the Nobel Peace Prize to the IPCC and former Vice President of the US, Al Gore. By taking this decision in favour of a leader who has done a great deal to create awareness on c- mate change, and a body that assesses all scientific aspects of climate change and disseminates the result of its findings, the Norwegian Nobel Committee has clearly drawn the link between climate change and peace in the world.