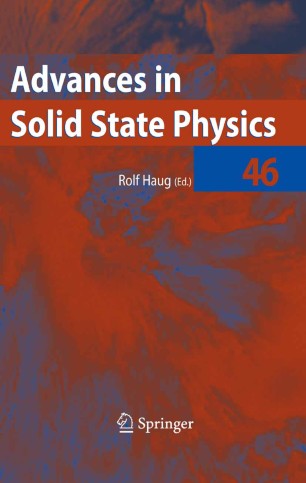 The present volume 46 of Advances in Solid State Physics contains the written versions of selected invited lectures from the spring meeting of the Arbeitskreis Festkörperphysik of the Deutsche Physikalische Gesellschaft which was held from 27 to 31 March 2006 in Dresden, Germany. Many topical talks given at the numerous symposia are included. Most of these were organized collaboratively by several of the divisions of the Arbeitskreis. The topis range from zero-dimensional physics in quantum dots, molecules and nanoparticles over one-dimensional physics in nanowires and 1d systems to more applied subjects like optoelectronics and materials science in thin films. The contributions span the whole width of solid-state physics from truly basic science to applications.