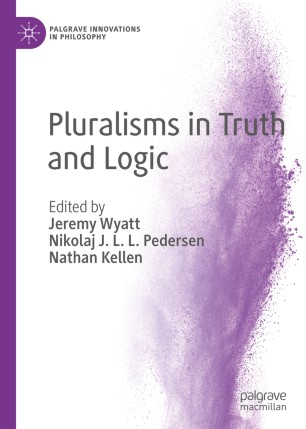 Pluralisms in Truth and Logic

Part of the Palgrave Innovations in Philosophy book series (PIIP)

“This volume has a stellar lineup, with major players and major positions all represented well. It is essential reading for anyone interested in pluralism about truth and/or pluralism about logic.”

“This is a superb collection of new articles on a cluster of exciting and timely topics: pluralism in truth, pluralism in logic, and the connections between them. The collection provides a vivid, state-of-the-art picture of these issues. Highly recommended!”

This edited volume brings together 18 state-of-the art essays on pluralism about truth and logic. Parts I and II are dedicated to respectively truth pluralism and logical pluralism, and Part III to their interconnections. Some contributors challenge pluralism, arguing that the nature of truth or logic is uniform. The majority of contributors, however, defend pluralism, articulate novel versions of the view, or contribute to fundamental debates internal to the pluralist camp. The volume will be of interest to truth theorists and philosophers of logic, as well as philosophers interested in relativism, contextualism, metaphysics, philosophy of language, semantics, paradox, epistemology, or normativity.