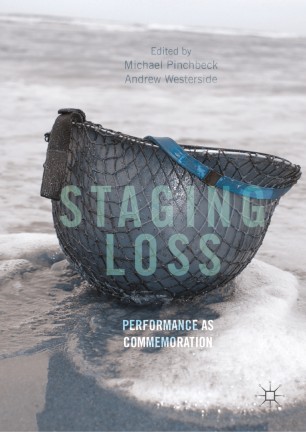 Michael Pinchbeck is MA Theatre Programme leader and Principal Lecturer (Professional Practice) in Drama at the University of Lincoln, UK. He completed a PhD at Loughborough University exploring the role of the dramaturg in contemporary performance. As a writer and theatre-maker, he was commissioned by Nottingham Playhouse to write The White Album (2006), The Ashes (2011) and Bolero (2014), which toured Bosnia & Herzegovina and Kosovo supported by the British Council.
Andrew Westerside is Senior Lecturer in Drama & Theatre at the University of Lincoln’s School of Fine and Performing Arts, UK, and Co-Artistic Director of Proto-type Theater. Andrew is a performer, writer, director and academic. He has performed and toured nationally and internationally and directed work including: The Good, the God and the Guillotine (2013), A Machine they’re Secretly Building (2016), Fallen (2016) and The Audit (2018).