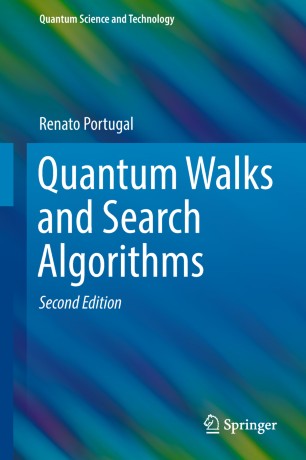 Part of the Quantum Science and Technology book series (QST)

The revised edition of this book offers an extended overview of quantum walks and explains their role in building quantum algorithms, in particular search algorithms.

As before, the reader will benefit from the pedagogical elements of the book, which include exercises and references to deepen the reader's understanding, and guidelines for the use of computer programs to simulate the evolution of quantum walks.

Review of the first edition:

“The book is nicely written, the concepts are introduced naturally, and many meaningful connections between them are highlighted. The author proposes a series of exercises that help the reader get some working experience with the presented concepts, facilitating a better understanding. Each chapter ends with a discussion of further references, pointing the reader to major results on the topics presented in the respective chapter.” - Florin Manea, zbMATH