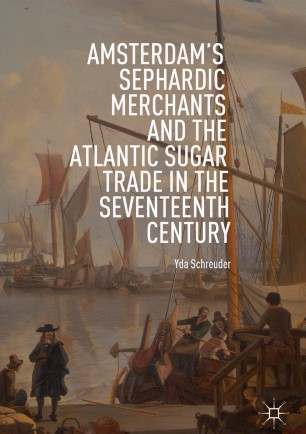 This book surveys the role of Amsterdam’s Sephardic merchants in the westward expansion of sugar production and trade in the seventeenth-century Atlantic. It offers an historical-geographic perspective, linking Amsterdam as an emerging staple market to a network of merchants of the “Portuguese Nation,” conducting trade from the Iberian Peninsula and Brazil. Examining the “Myth of the Dutch,” the “Sephardic Moment,” and the impact of the British Navigation Acts, Yda Schreuder focuses attention on Barbados and Jamaica and demonstrates how Amsterdam remained Europe’s primary sugar refining center through most of the seventeenth century and how Sephardic merchants played a significant role in sustaining the sugar trade.

Yda Schreuder is Professor Emerita of Geography at the University of Delaware and Research Associate at the Hagley Museum and Library, USA.